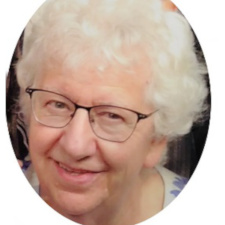 My commitment to the earth and nature began through poetry, not politics. Reading Robert Graves book ‘The White Goddess’ where he says that the single poetic theme is to preserve the knowledge of the power of the earth goddess, which science and patriarchal religion ignore.
“The longer her hour is postponed, and therefore the more exhausted by man’s irreligious improvidence the natural resources of the soil and the sea become,….” He wrote in the mid Fifties.

I joined CND in the ‘60s, was active in the women’s movement in the 70’s, particularly in Maternal safety and Wages for Housework, (a bit like UBI) and read widely, including Silent Spring and Limits to Growth.  I joined Labour in ‘79 when Maggie became the Tory leader. I was in Labour for 25 years but after the Iraq War left to join the Green Party.

In the 80s I was a founder member of our local women centre (opened 1985), and chaired it through most of 1995 to 2013, helping to build it into a nationally recognised leader for domestic violence, steering women out of criminalised lives, and child protection among other issues.

Apart from my teaching career I worked in Advice giving, Debt Counselling, the Miscarriage Association and local project development schemes. I experienced breakdown and worked for eight years for the local Mind group as an advocate in the acute wards locally. I am a director of its successor ‘Healthy Minds’ and I have spent most of the last decade as Treasurer there overseeing growth from a small grant to a half million pounds organisation. In the local community I have been part of a Credit Union, a LETS scheme, local arts, poetry and community groups.

I was co-chair of Green Party Regional Council for four years 2013 – 2017 helping to steer the party through a period of growth from 14,000 members to 65,000 and during the slide after Corbyn was elected to lead Labour. The Council is responsible for the wellbeing of the party, policy statements and strategy planning, and finding consensus for the manifesto between the wide range of political positions of our varied membership.

I have worked cooperatively with a wide range of people, of all walks of life, who have put in huge amounts of energy and dedication to bring their ambitions to fruition. I joined the committee of Green Party Women because of renewed concern that women’s rights are being eroded. Even in our party women are a minority and need encouragement to come forward and stand for election.  Women’s sex based disadvantages are as strong as ever, compounded by gender stereotyping so I hope every woman member will consider joining GPW.

Published and promoted by Chris Rose on behalf of the Green Party, both at The Biscuit Factory, Unit 215 J Block, 100 Clements Road, London, SE16 4DG.