Powering Up to Take on Energy

At the Green Party Women online conference on Sunday 28th June we will be focusing on energy. We have some brilliant guest speakers, so we hope GPW members will tune in.

Tina Louise Rothery is a  former Co-Chair of Green Party Woman. She has been a stalwart campaigner and activist in the Frack Free Campaign since 2011, researching, debating, and travelling to communities throughout the country to build a network of community activists. Starting with a handful of frack-free groups in 2011, there are currently over 400 groups,  and the UK remains frack free despite the granting of licenses.
Tina will be speaking about organising grassroots community campaigns.

Catherine Rowett is a former member of the European Parliament. She has a particular interest in transport and energy, and during her tenure as an MEP, she commissioned two reports looking at  how the generation, storage, distribution and use of energy in the East of England needs to change to tackle the climate crisis.
Catherine will be speaking about her report 'Energising the East'.

Emma Bateman is a current Co-Chair of Green Party Women. She has joined campaigns and  protests and taken part in non-violent direct action against nuclear power and nuclear weapons.
She will be speaking about campaigning against Sizewell C 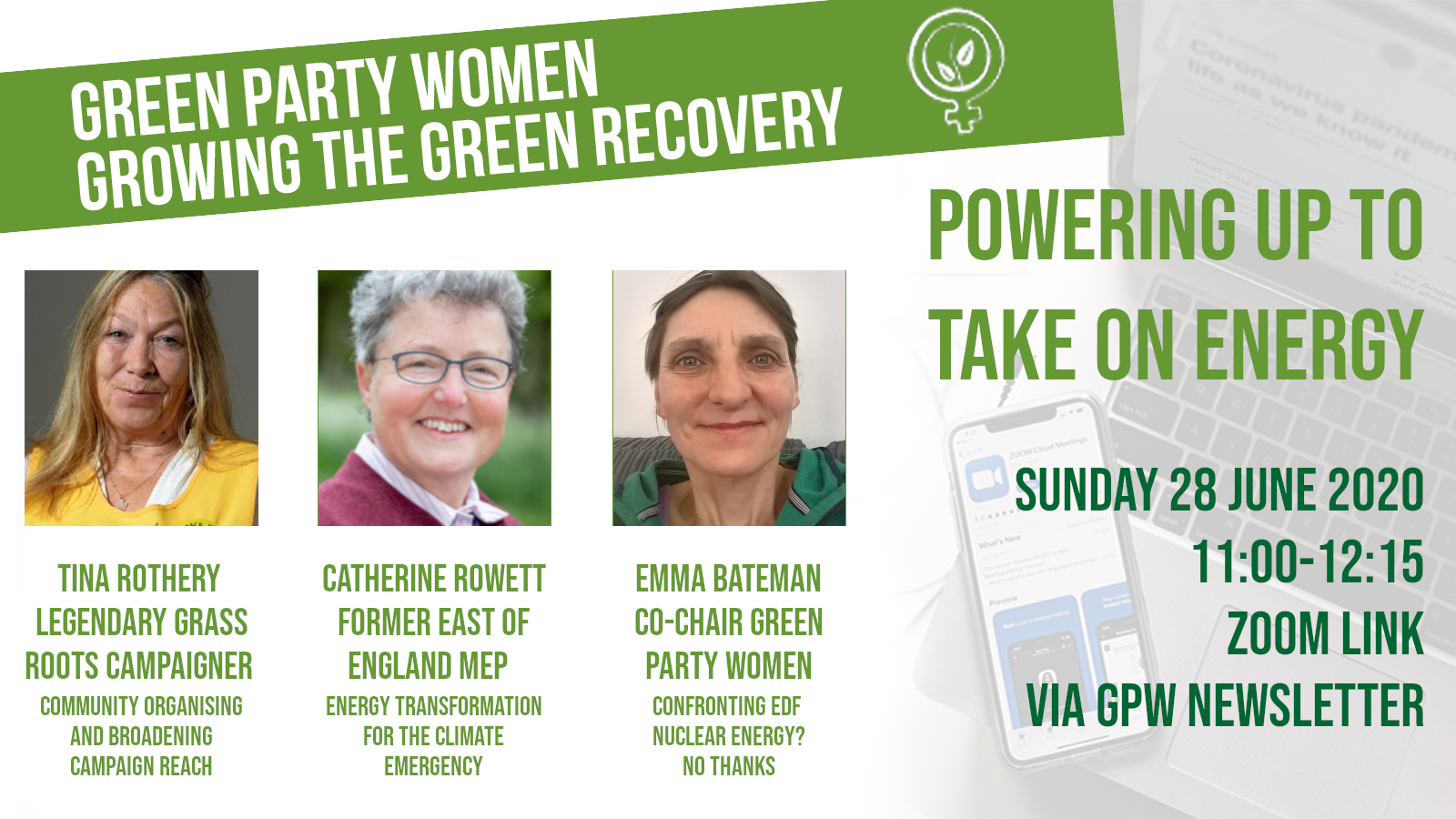